Iron Deficiency, Could You Be Affected?

“Iron deficiency, could you be in the 1 out of 8 of the population affected?”

Iron deficiency continues to rank at the top of the list for the most common nutritional deficiency in the world and is also the most significant cause of anaemia in pregnancy. The World Health Organization (WHO) states that around the world a staggering 293 million young children and 468 million non-pregnant women suffer from anaemia among which 50% are estimated to be attributable to iron deficiency. Furthermore, the Australian Health survey suggests 1 in 8 Australian’s aged two years and over have inadequate dietary intakes or iron.

However, it is very possible to have low iron levels without being anaemic, but iron deficiency that remains undiagnosed or untreated most commonly progresses to iron deficiency anaemia, which is the most common form of the condition.

First of all, to fully grasp why anaemia and iron deficiency is so important, the red blood cells and hemoglobin need to be addressed. Hemoglobin is made by the body and is found in our red blood cells; it is solely responsible for carrying oxygen around our body to our organs and tissues. In anaemia, there is a lower concentrate of hemoglobin in the blood, reducing its ability to carry oxygen sufficiently.

This is where iron comes in. Iron is an essential mineral that is required to produce hemoglobin. Consequently, lower levels of iron, lead to lower concentrations of hemoglobin and lower levels of available oxygen.

What are the signs or symptoms of iron deficiency and anaemia?

Initial signs of an iron deficiency can be very similar to the early signs of any nutritional deficiency and can be hard to identify as being caused by iron.

Other symptoms can include:

Less common symptoms can include:

Who is at risk?

However, people of any age who chose to eat a restrictive diet, such as vegetarian or vegan are also more commonly affected by an iron deficiency. Other people who can be at risk:

How much iron should we be getting?

The highest food sources of iron? 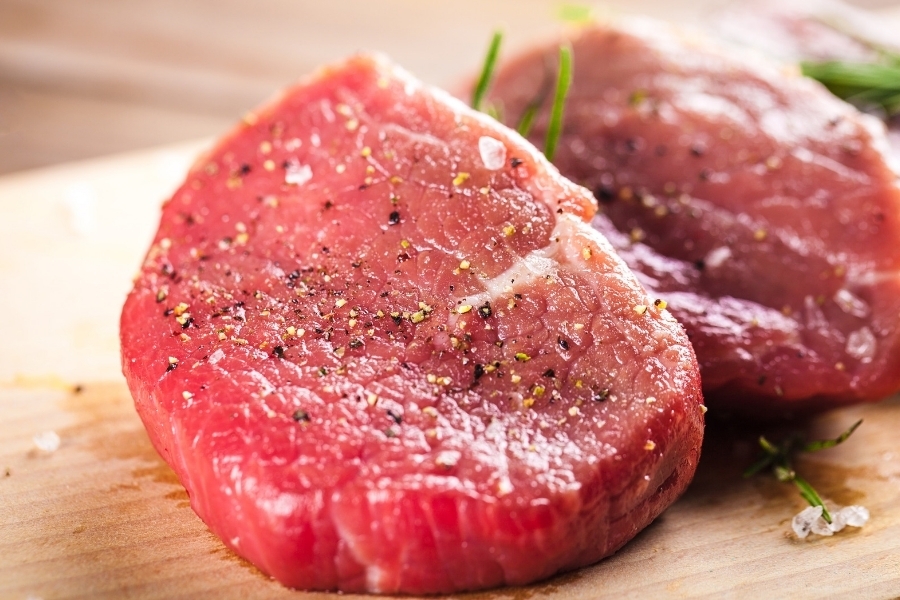 “Our 21-Day Meal Plan has loads of LCHF recipes high in iron. On Sale Now!”

Finally, due to the high numbers of iron deficiency, it is important to eat a diet rich in the mineral to prevent future complications like heart disease, depression, poor immune system, lung problems, and developmental problems for children.

Seek further diet and lifestyle advice from your health practitioner.

Thank you For Sharing!

Sign up to receive our LCHF updates which will keep you inspired and on track!

CONNECT WITH US ON OUR SOCIALS

close
close
Start typing to see posts you are looking for.
X

close
No account yet? Create an Account
Sidebar Scroll To Top
CONNECT WITH NUTRITION FOR LIFE TODAY

Sign up to receive our LCHF updates which will keep you inspired and on track!